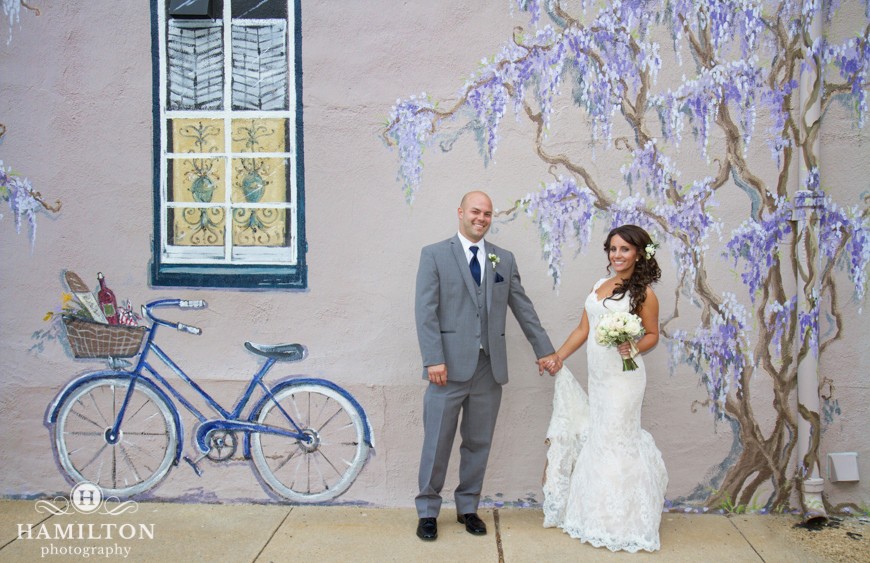 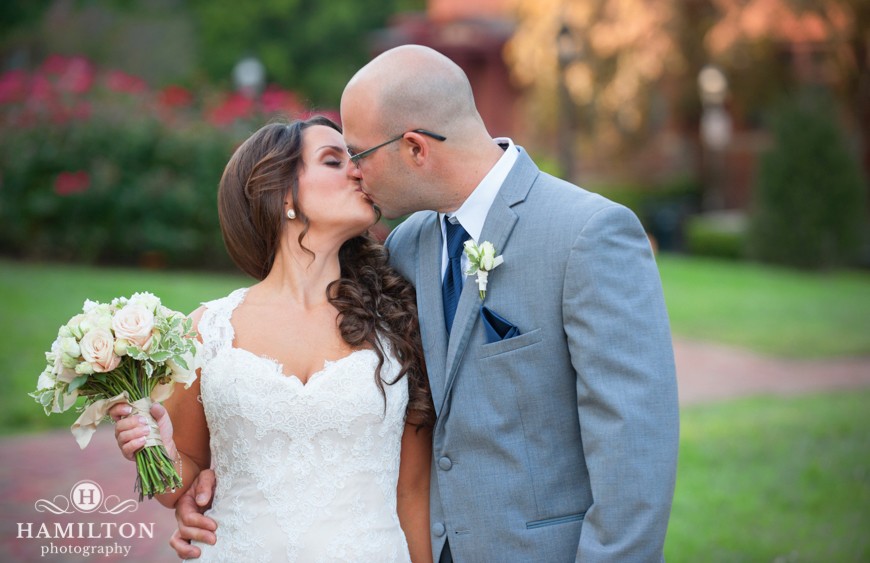 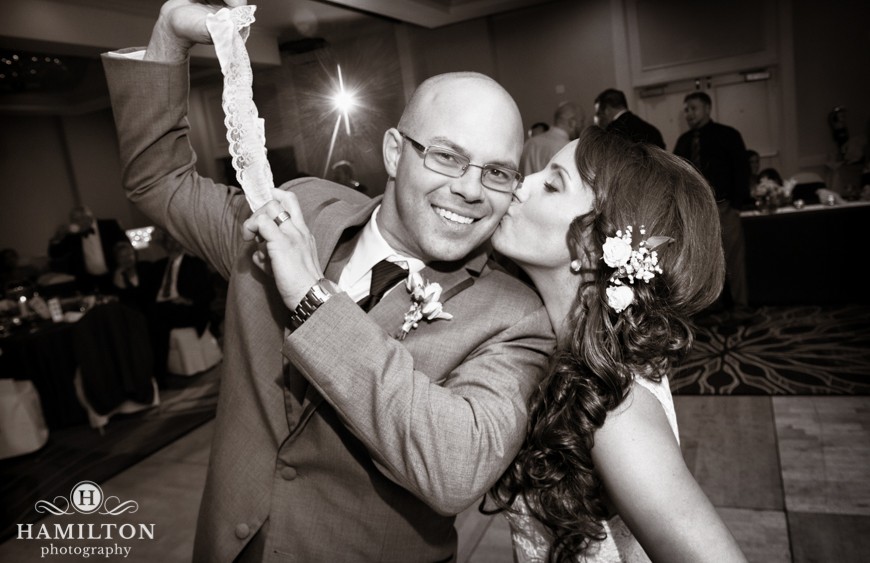 “This is a beautiful start to a lifelong love letter …” sings Sara Bareilles during Christina and John’s first dance song selection. Their day, which was held at the Marriott Annapolis Waterfront hotel, truly was a beautiful start filled with many unique and special moments. 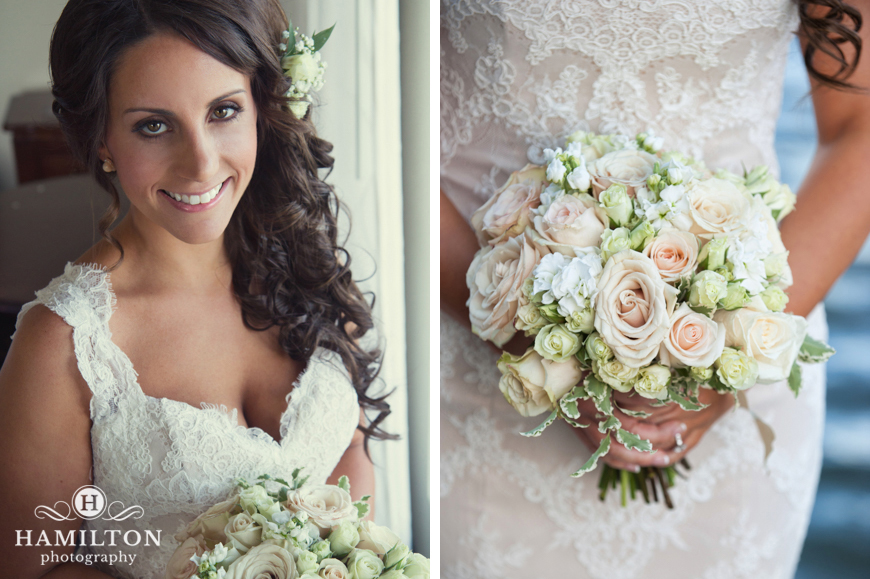 Our beautiful bride Christina clasps a lovely bouquet of white and pink roses courtesy of The Floral Studio. 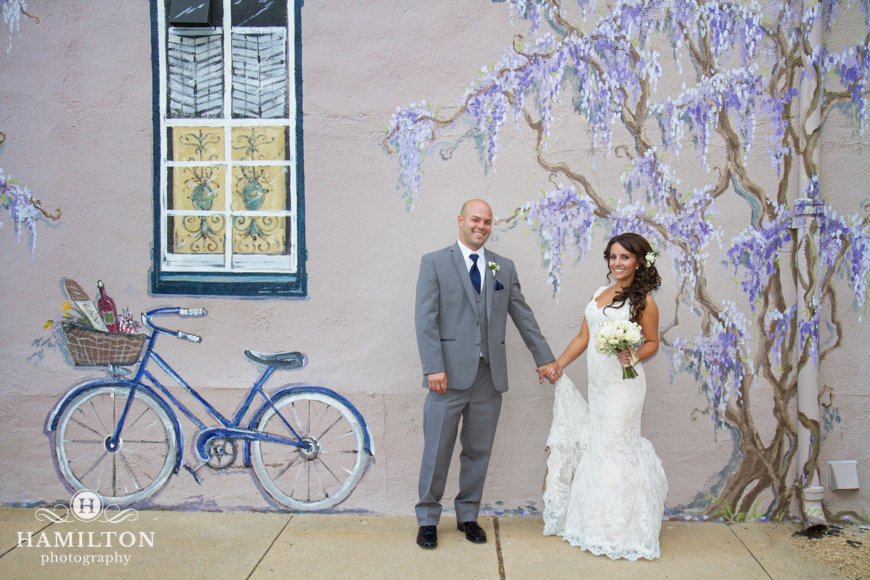 Prior to the ceremony, photographers Jason and Shaun had a fun time meandering around downtown Annapolis and posing Christina and John in front of some darling little spots within the city, such as this mural. 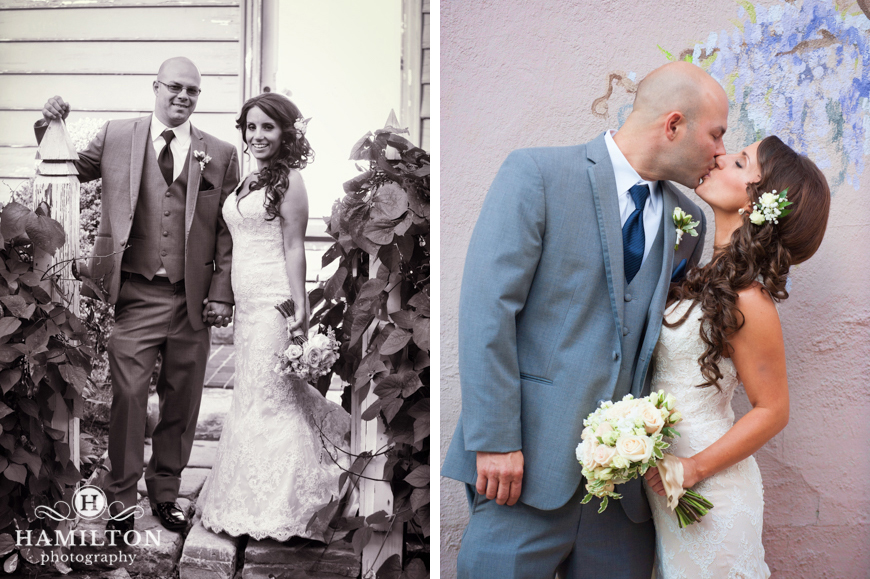 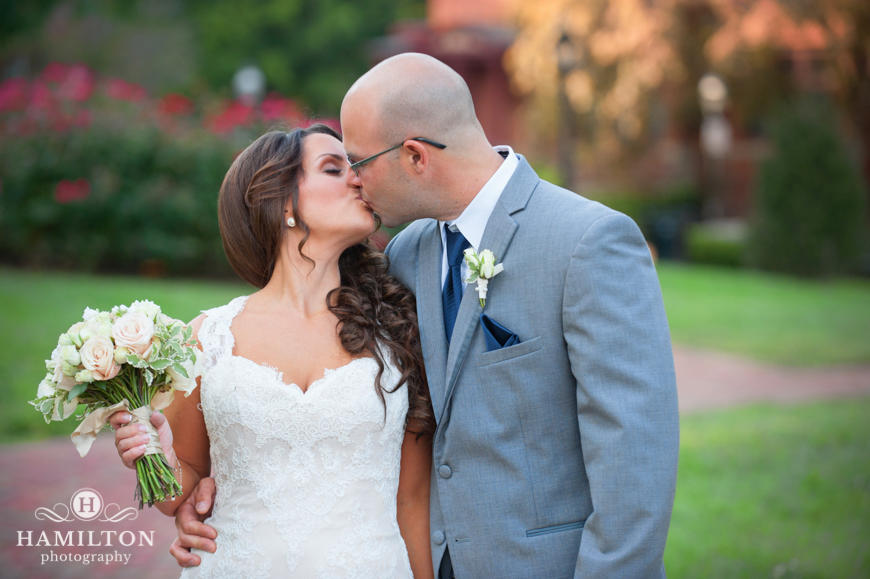 It took a couple of cycles of parting ways and reuniting before Christina and John realized that they were meant to be. They first met in high school, reunited in 2008 and dated briefly, then parted ways again. They reunited once more in 2012 and since then have realized that they could never be apart again. 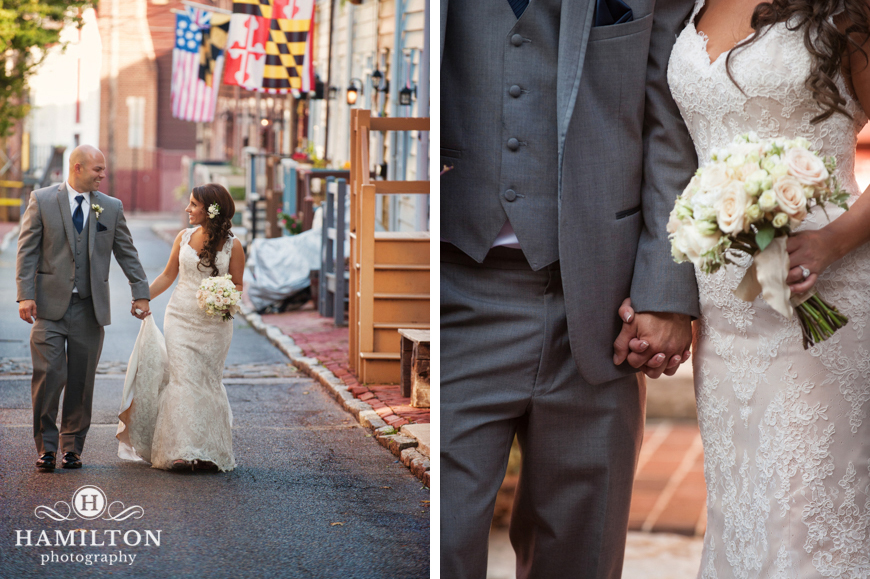 The couple walked through the narrow side streets of Annapolis barely able to focus on anything but one another, side by side, as if mimicking the snugness of the tight-knit houses around them. 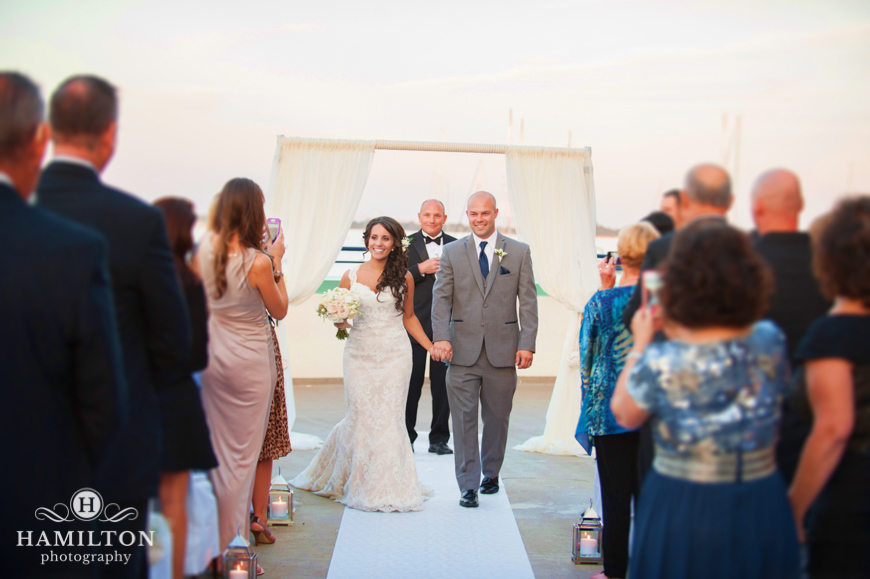 The ceremony was held on a beautiful open-air balcony overlooking the Annapolis Harbor. 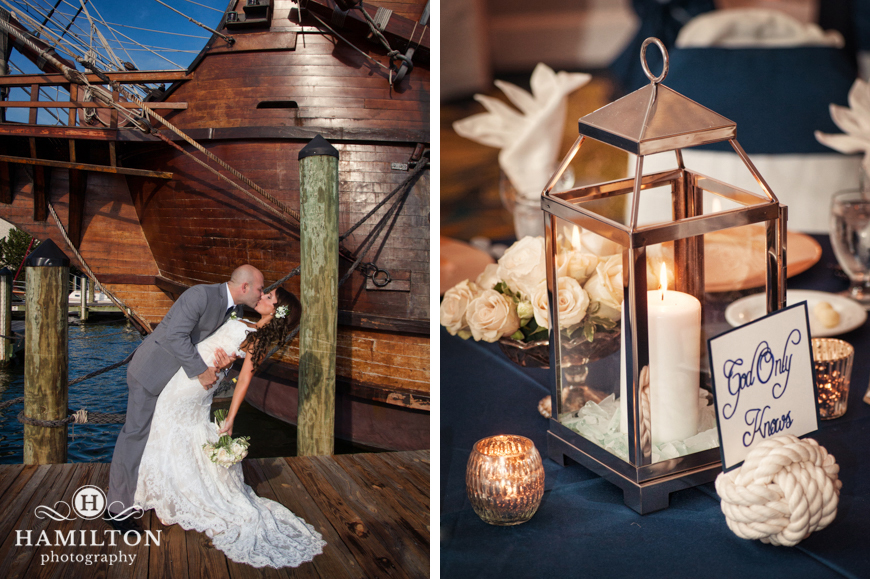 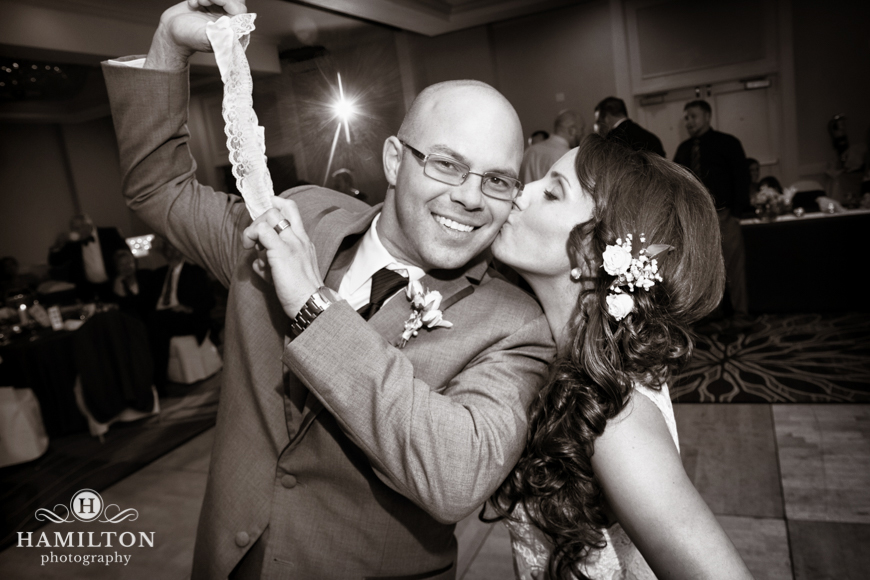 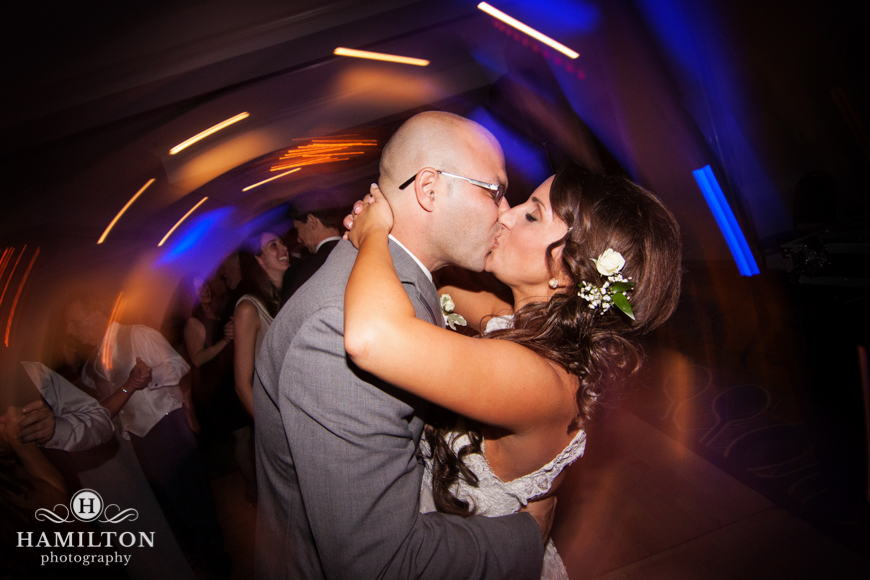