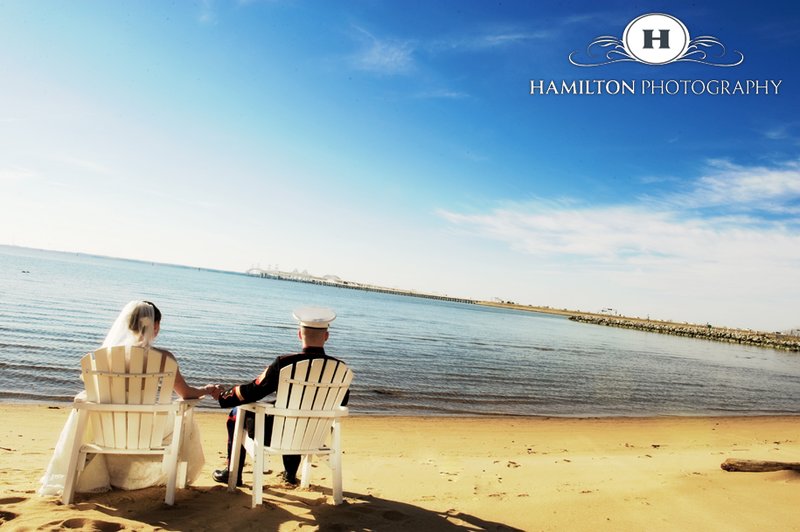 I really enjoyed photographing Meredith and Charles’s big day at the Chesapeake Bay Beach Club. They are just the nicest couple and their families were the same! But the couple was also a lot of fun stemming from their engagement sitting, where we took cool photos of them on Charles’s motorcycle. A religious man, a marine, a truly nice guy….all these qualities made Charles the perfect groom. You could tell by how he looked at Meredith how in love he was and could see how dedicated he was going to be to this marriage. It was a joy to see and be around. Charles’s dad played the organ for the procession. He was accompanied by a violin, which he had recorded earlier. It was pretty impressive and certainly something I had never seen at a ceremony before. Intrigue created a “Zen” feeling throughout the ceremony and reception with huge organic calla lilies, bonsai trees, and natural moss. Between the crazy fun bridesmaids and marines, the dance floor was bumping. Crowe Entertainment had no problem keeping them on the floor and keeping the party going!

Congratulations Meredith and Charles, we wish you all the best! 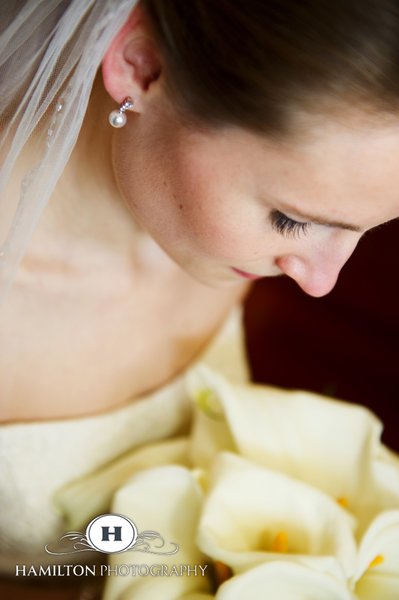 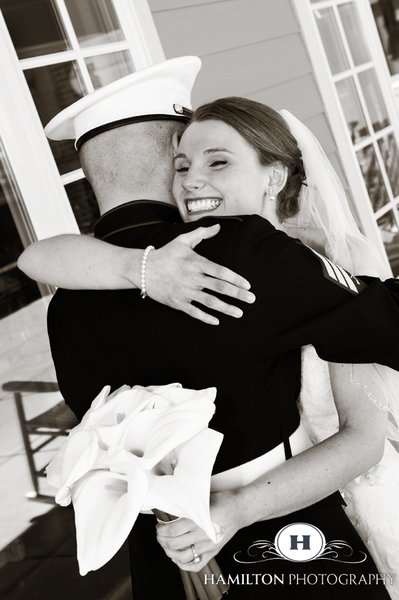 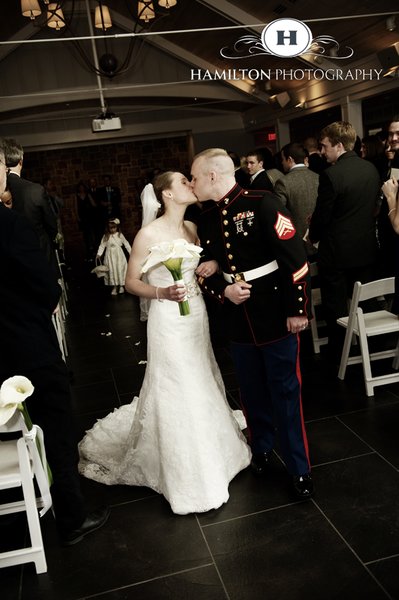 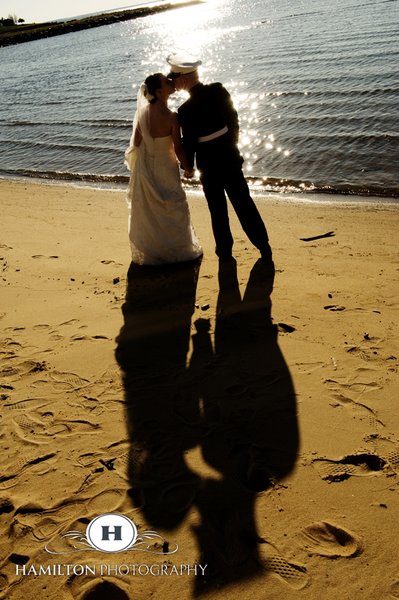 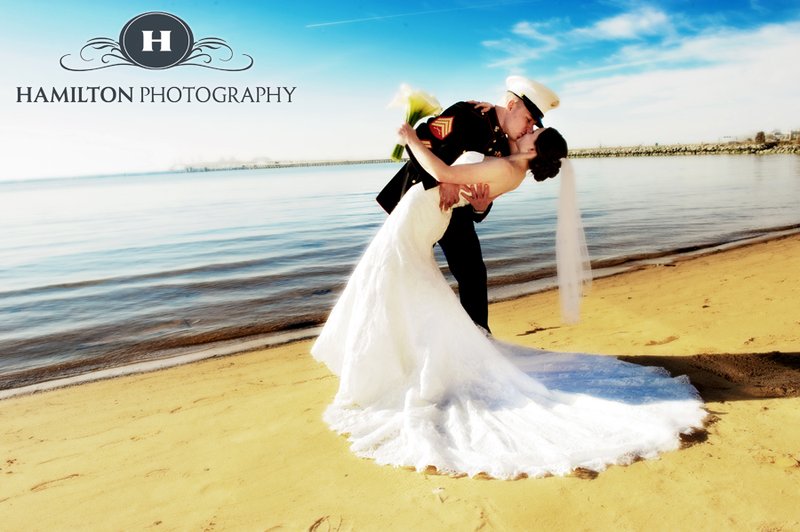 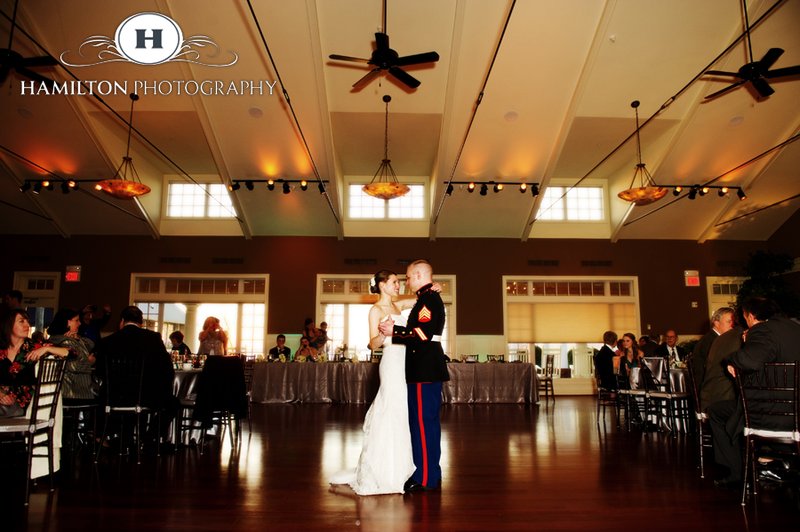 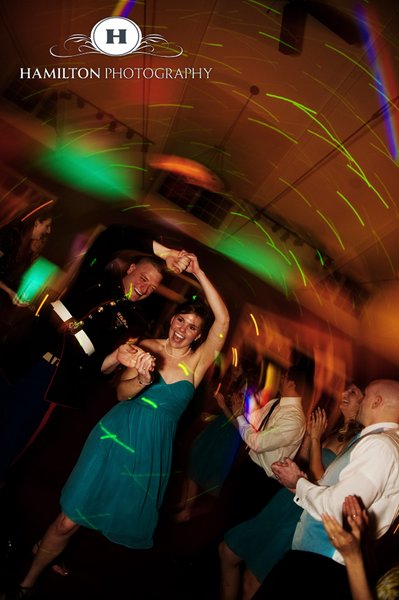 « Hurricane Irene? No problem!
All in the Details – Alice & Will’s Eastern Shore Wedding »