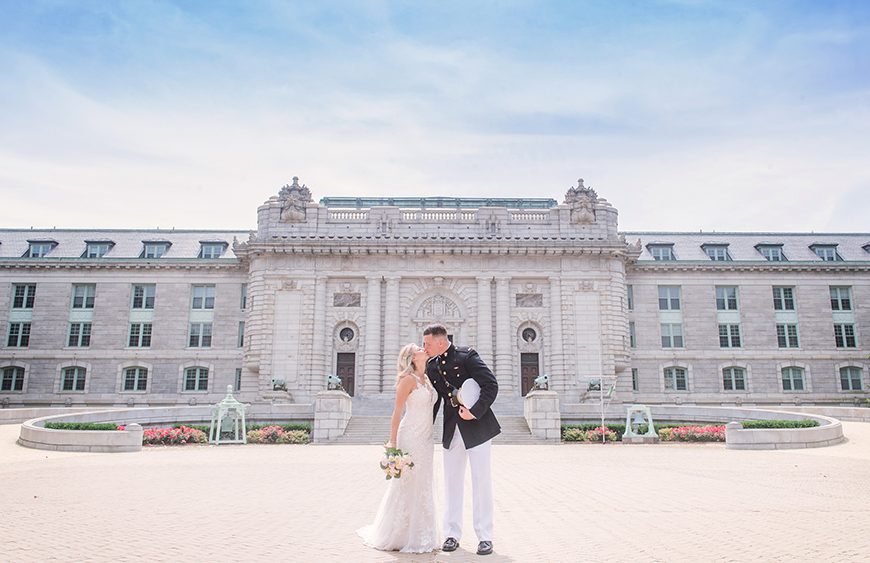 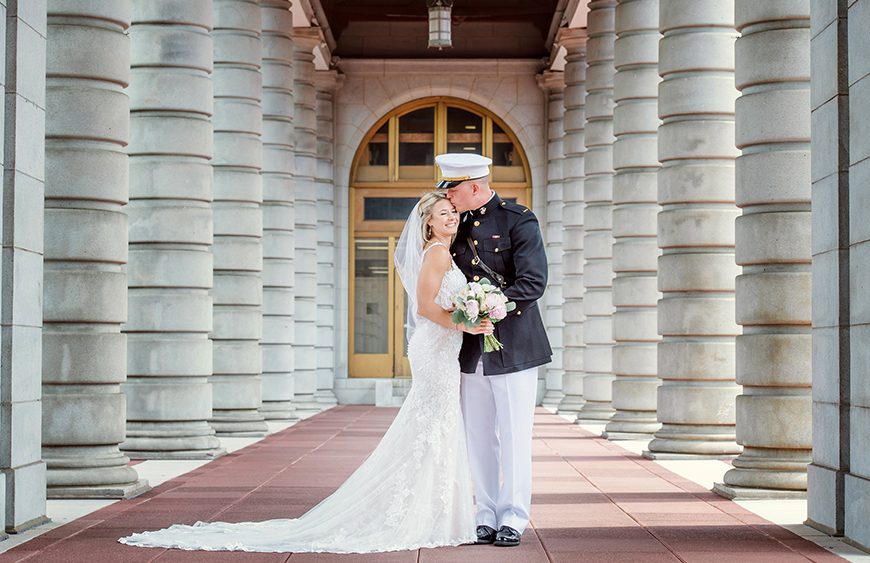 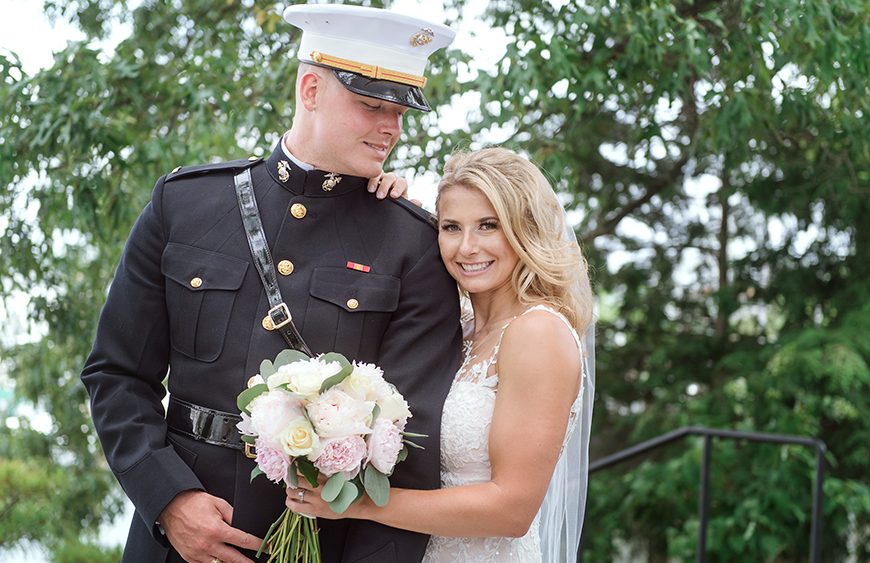 Melanie and Logan had planned their dream wedding to happen in June of 2020. A ceremony at the beautiful US Naval Academy Cathedral,  5 bridesmaids and 6 groomsmen, a walk through the traditional Naval sword arch, and a 150 guest reception at Port Annapolis Marina.

However, their big wedding plans had to be postponed due to the Covid-19 pandemic sweeping the planet. They quickly realigned and decided to have a smaller mini-wedding on their original date. Although unable to say their vows in the Naval Academy’s chapel, they still wanted to get some photos out and about on the Naval Academy grounds.

Logan posed in his Navy uniform, looking stoic and crisp while Melanie, unseen yet by her groom, grinned widely while we snapped some beautiful photos of her in her dress. Quietly she walked up behind Logan, her blush pink and yellow bouquet in her hands, veil bellowing in the wind. Logan turned to see her and quickly swept her up into an embracing kiss. But these two weren’t married yet! We headed over to the Port of Annapolis Marina, the place where their original reception was supposed to be held. Here they were met by the 10 people who mean the most to them in their life. The ceremony was held outside overlooking the marina on a beautiful blue-skied day. In spite of all the craziness in the world, Melanie and Logan exchanged rings, said, “I do,” and became husband and wife.

Their love didn’t need a crowd to be official.

They still plan on having their big wedding later in the year, and we’ll be there to photograph that day too. But for now, Melanie and Logan are husband and wife. Their intimate gathering downsized due to a pandemic, was magical and will definitely be a story told for many generations. 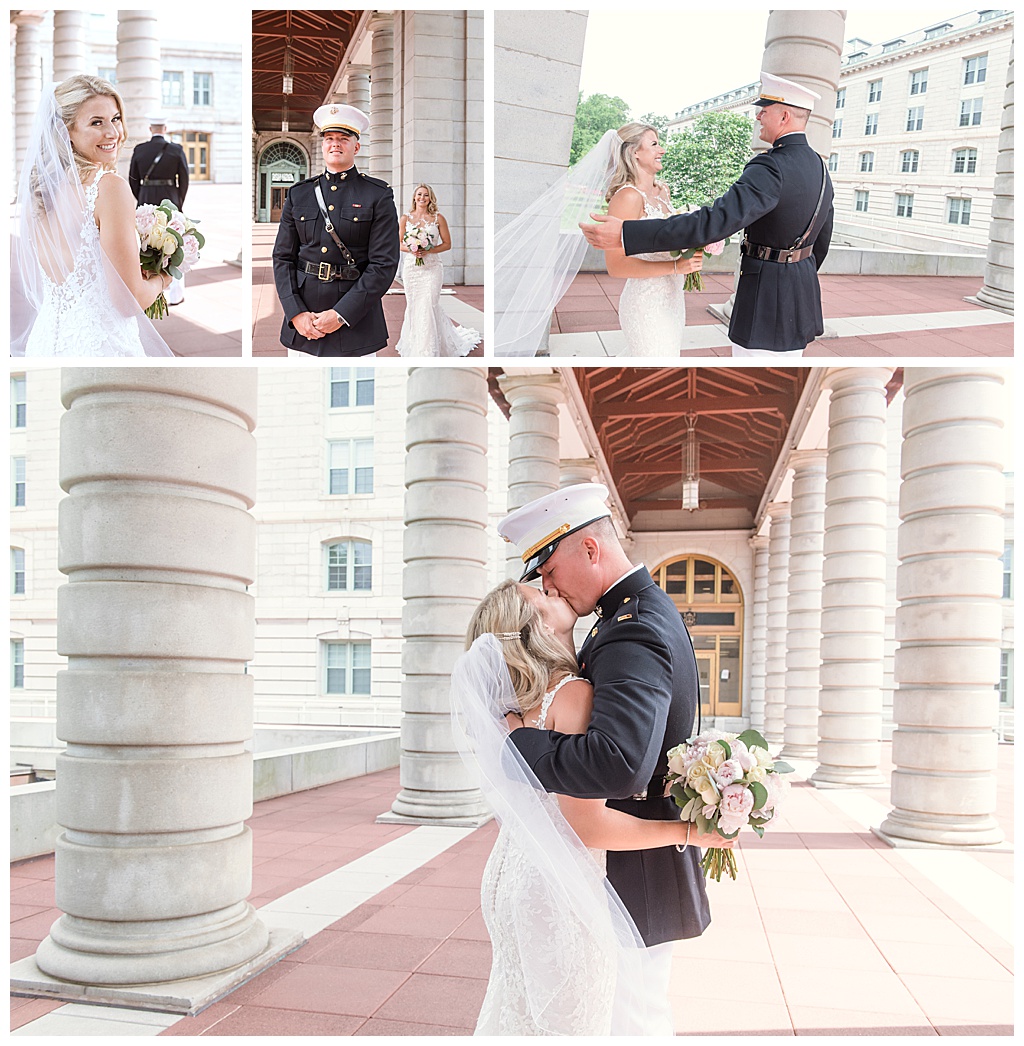 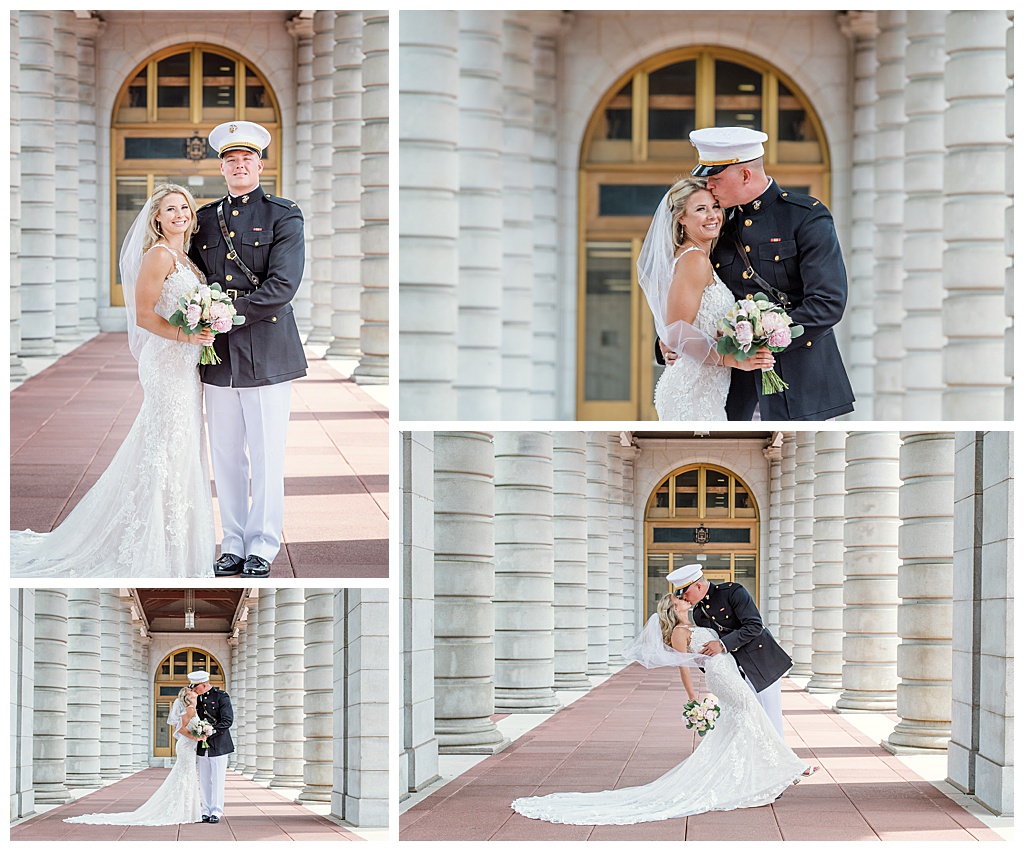 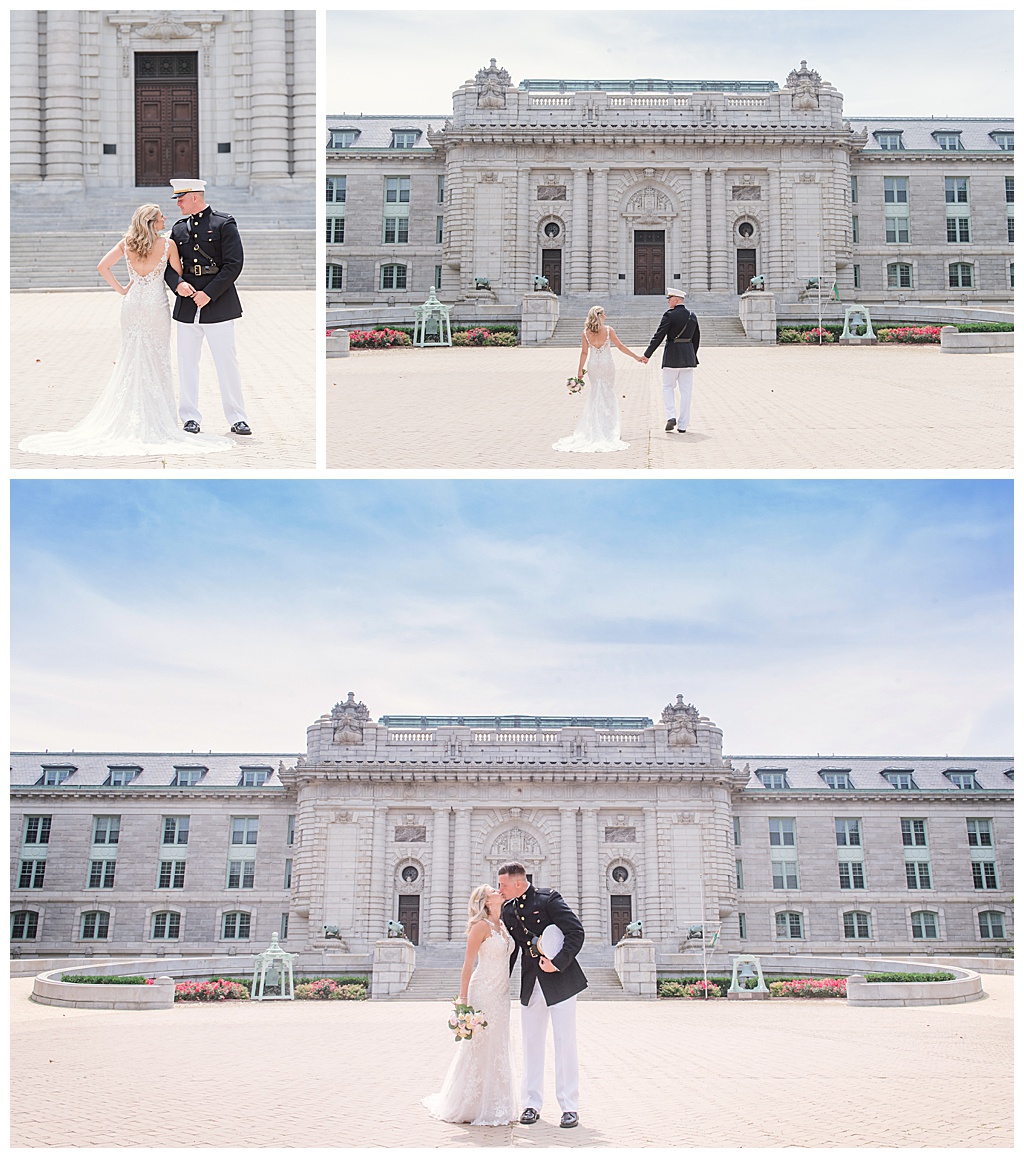 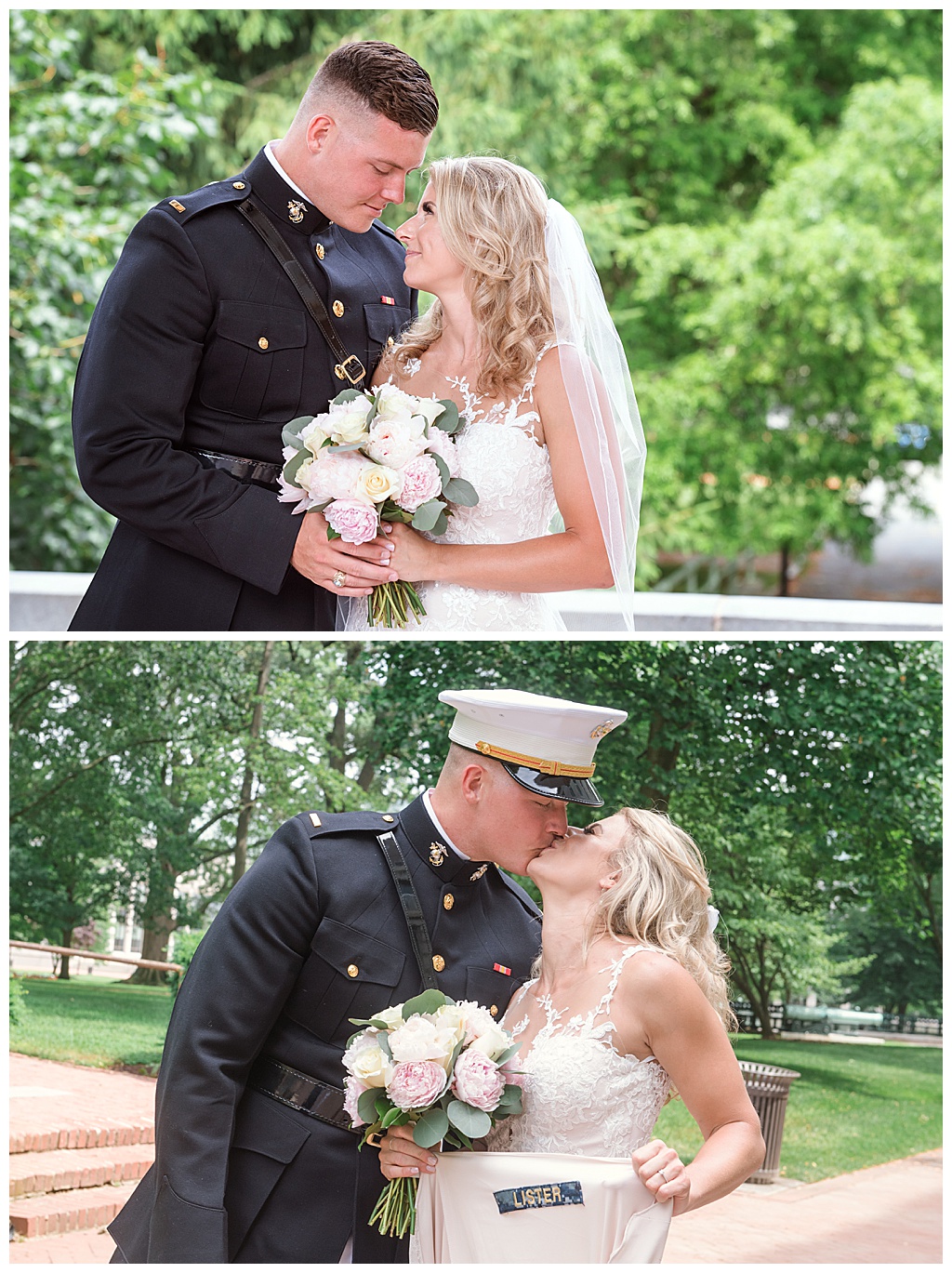 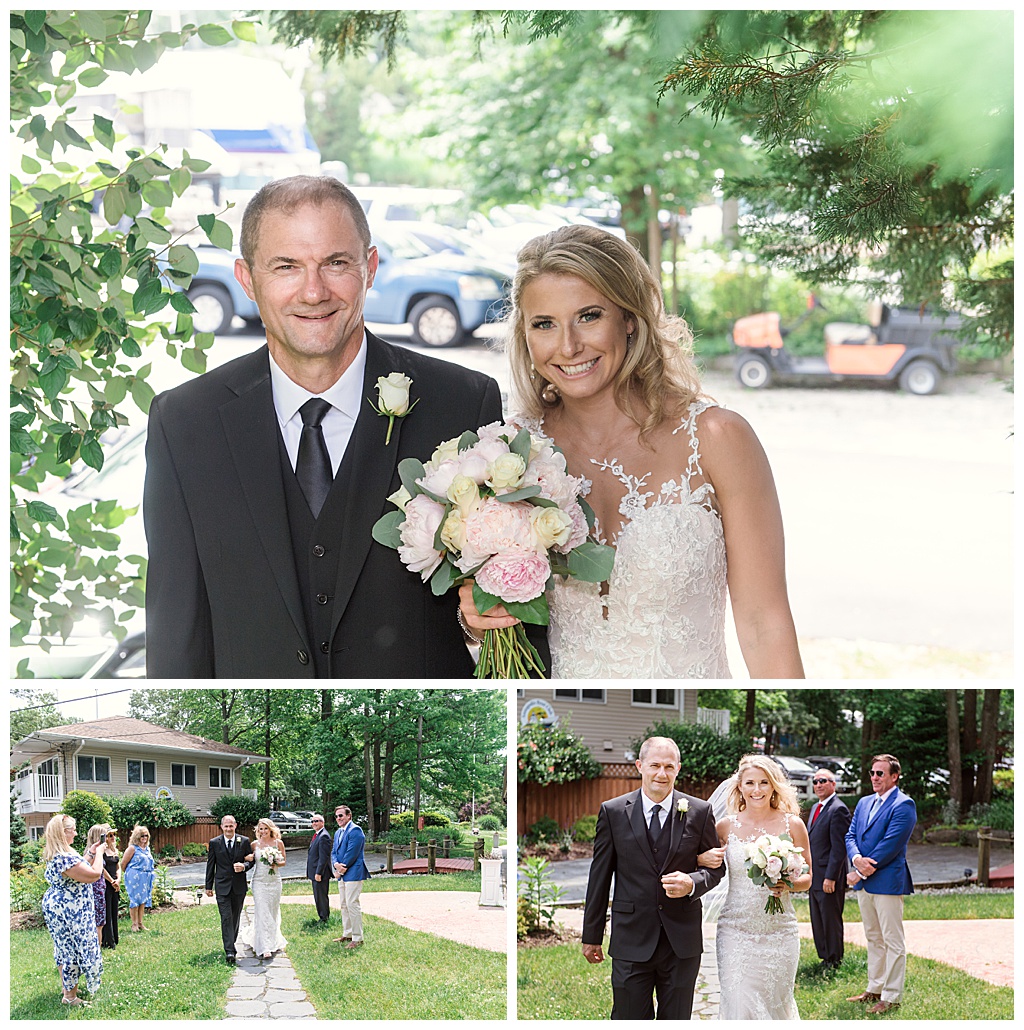 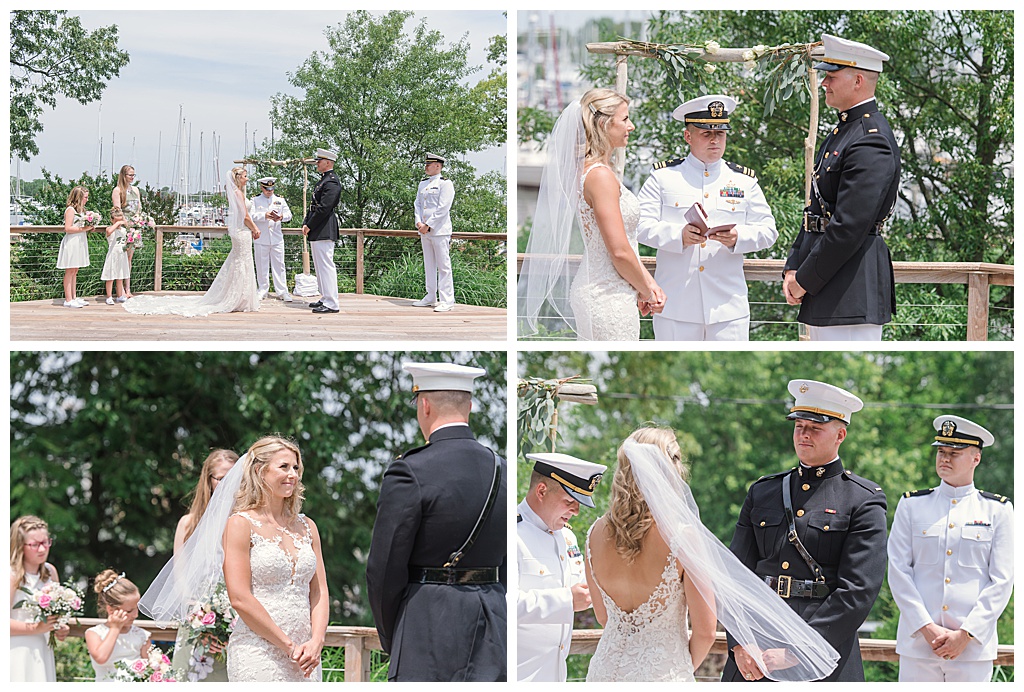 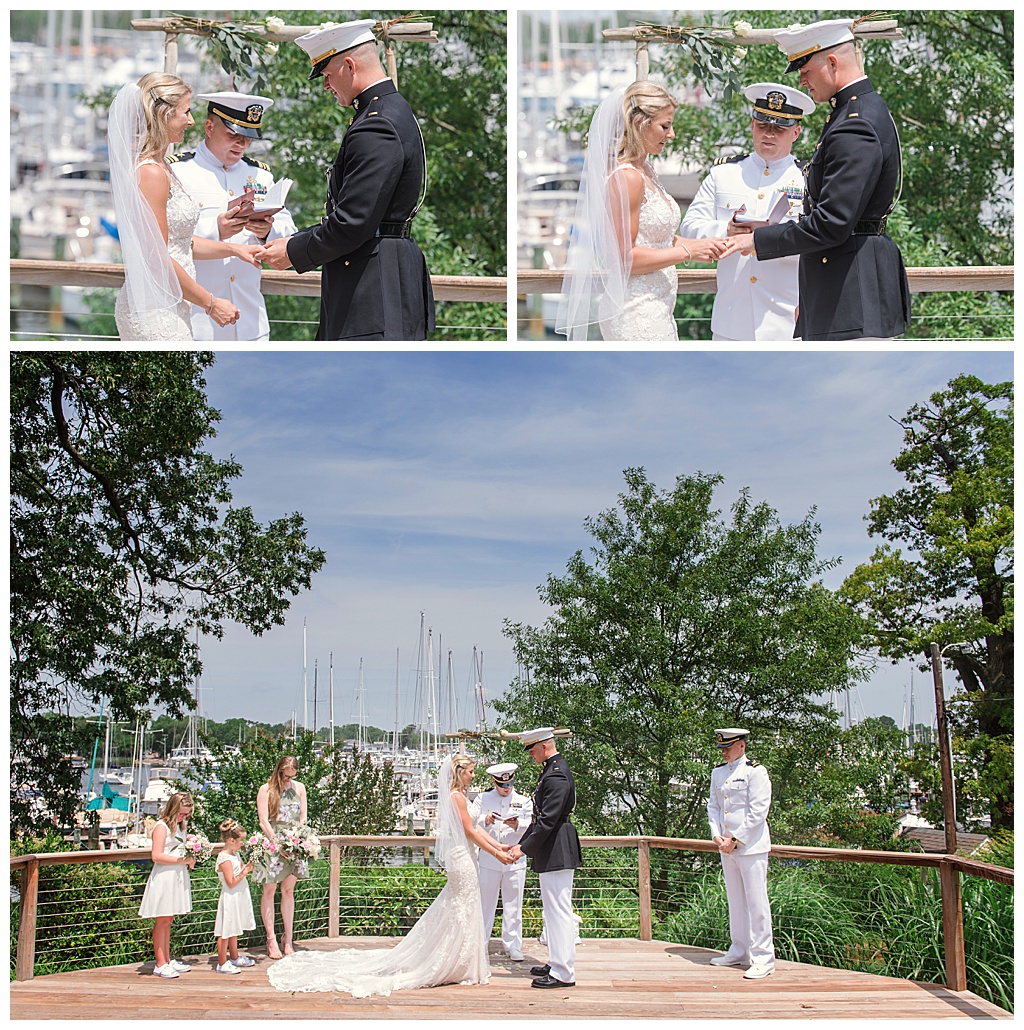 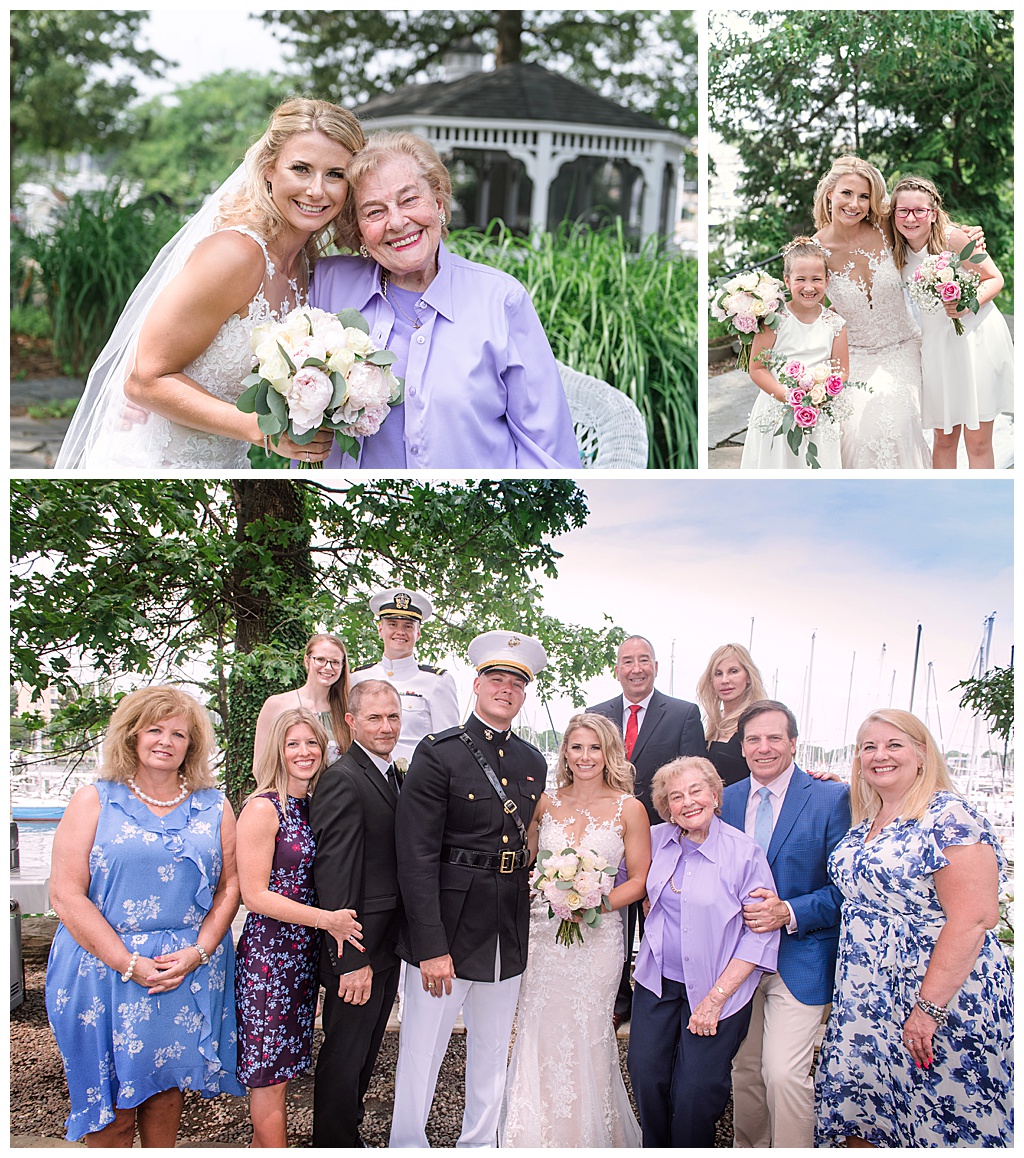